Built in the early 20th century, the building was a hidden gem waiting to be discovered.  With beautiful original tin ceilings hid by layers of ceiling tile and ductwork, the existing structure was a dark labyrinth of halls and paneled offices written off by many as too ‘landlocked’ to inhabit.

Working to design a space that would fit the needs of a creative marketing and branding staff, the space was transformed with three key architectural modifications:

Completed in two distinct phases, the overall concept for the second floor was an open and flexible floor plan that could be easily transformed to accommodate multiple modes of collaboration (office-wide presentations, group meetings or small meetings) and work styles (spaces that accommodate quiet, light, darkness, standing, lounging).

Green patina copper awnings were removed from the building’s exterior, to allow for more interior light, salvaged and reused as entryway and lobby accent elements. 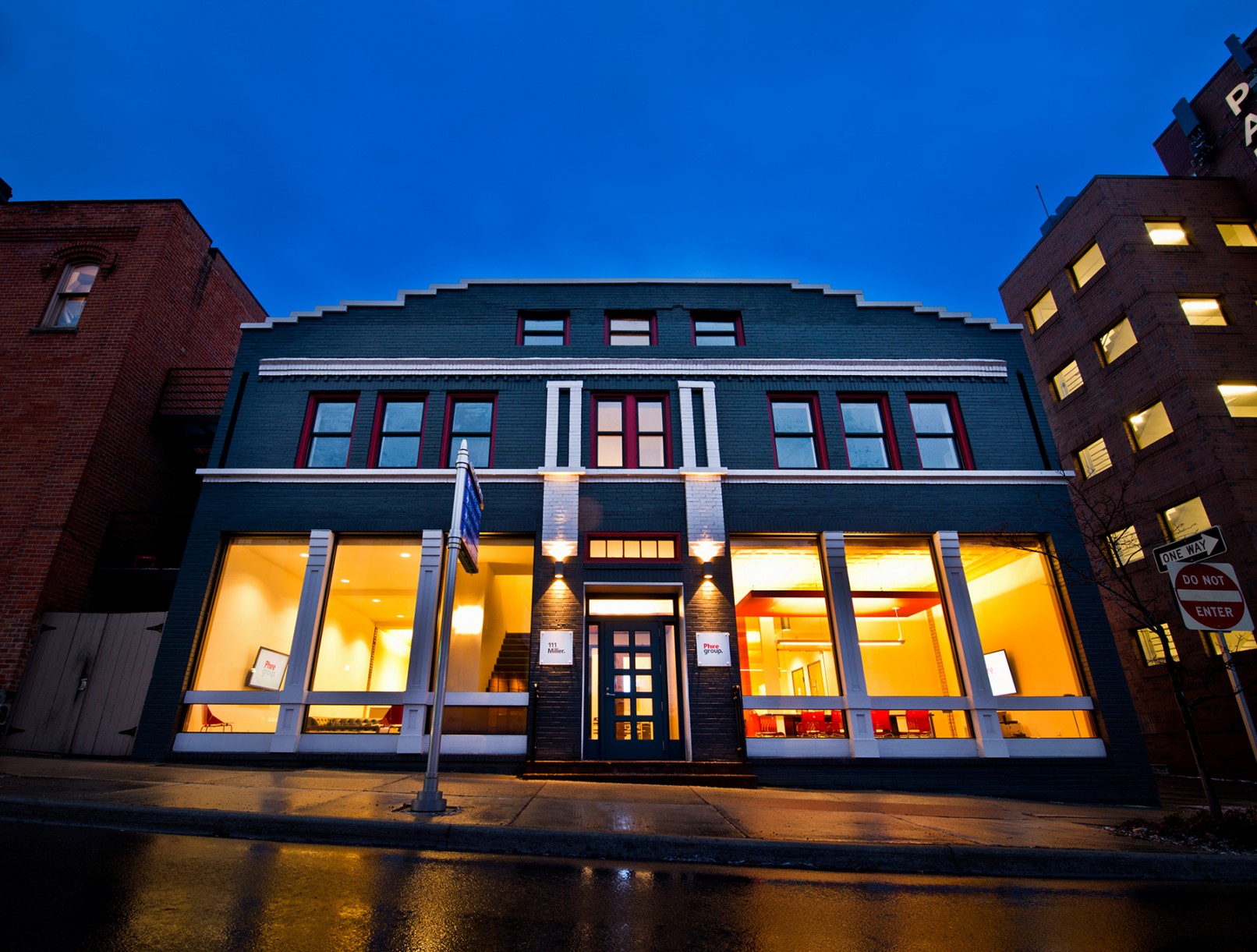 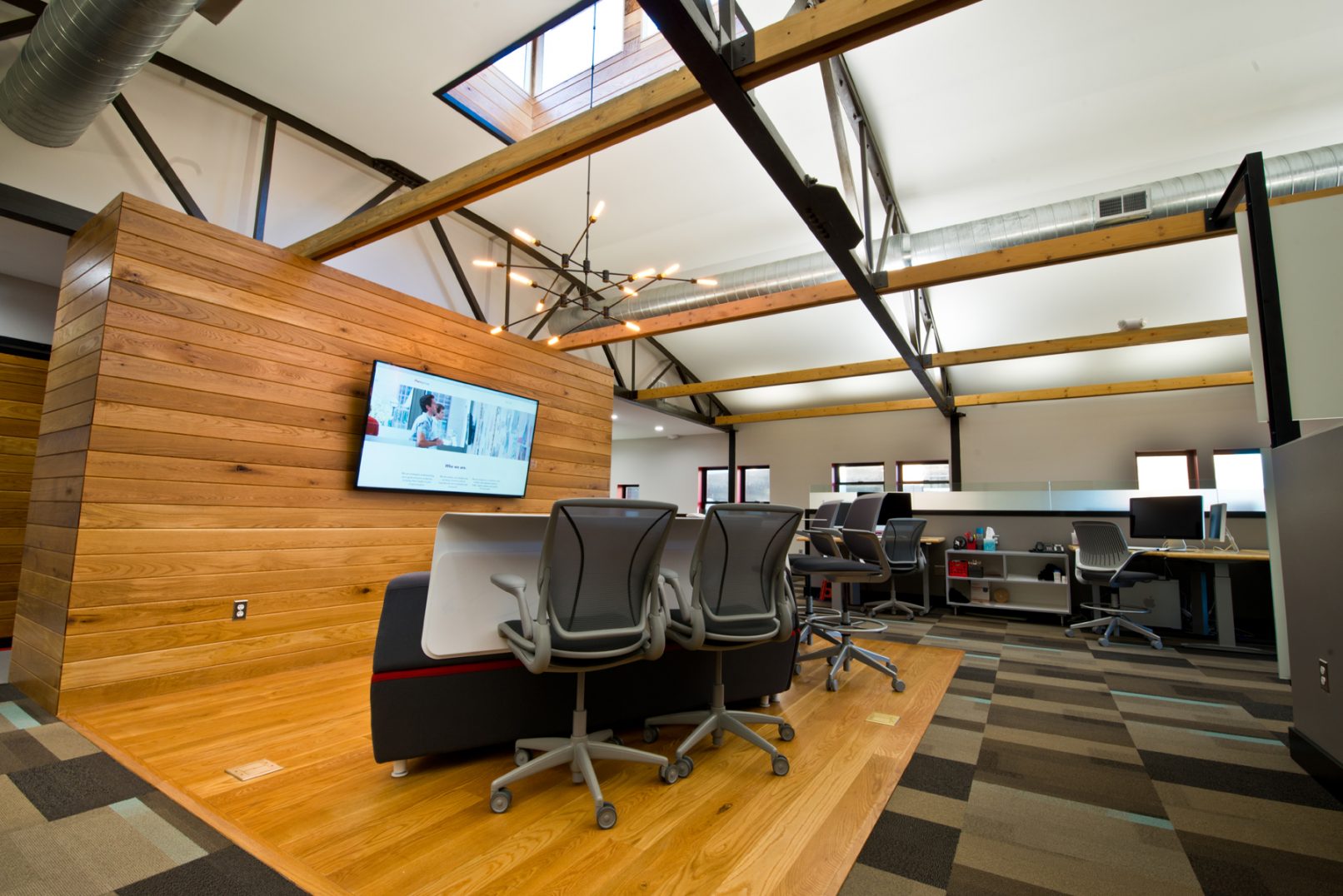 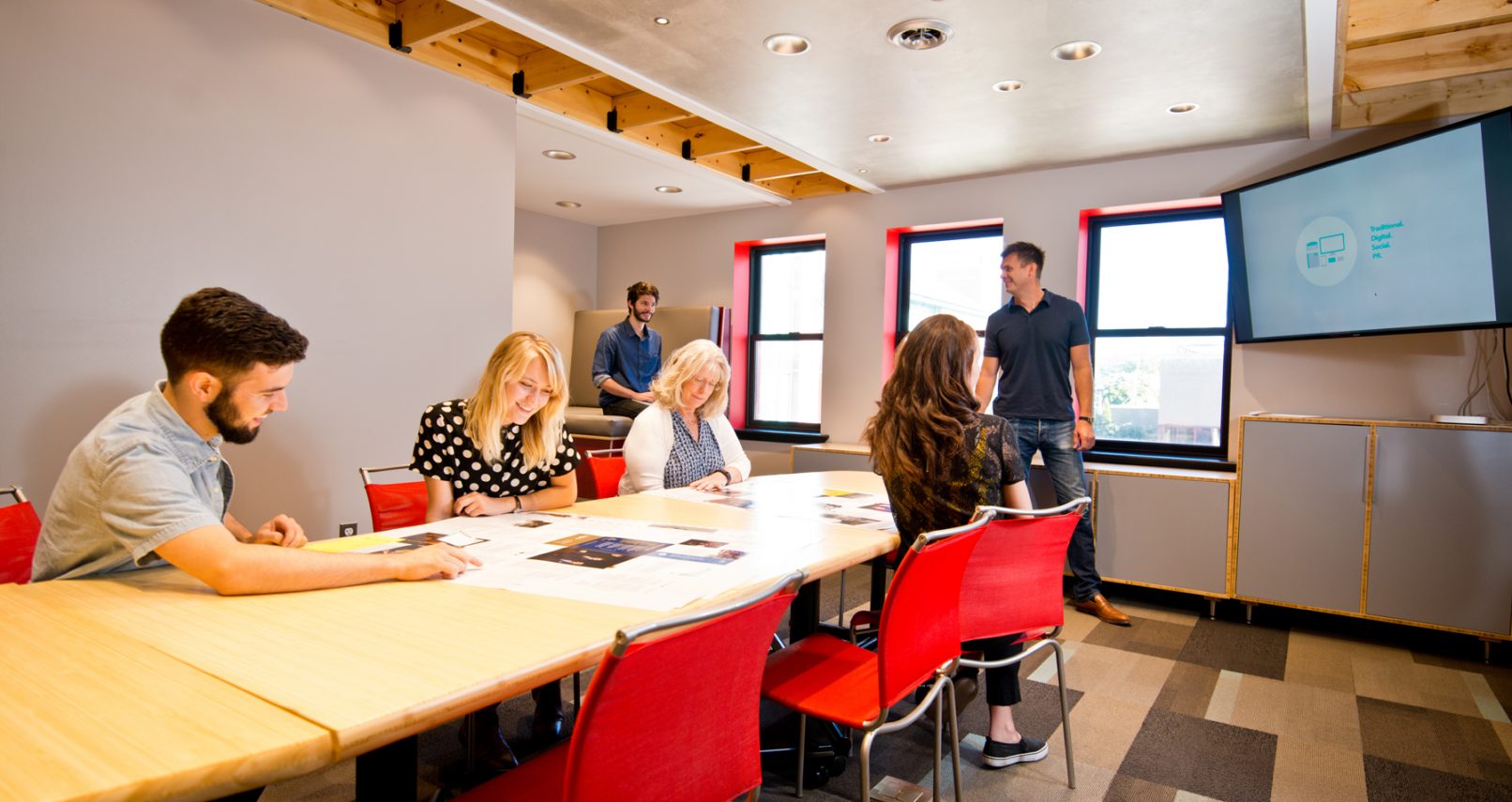 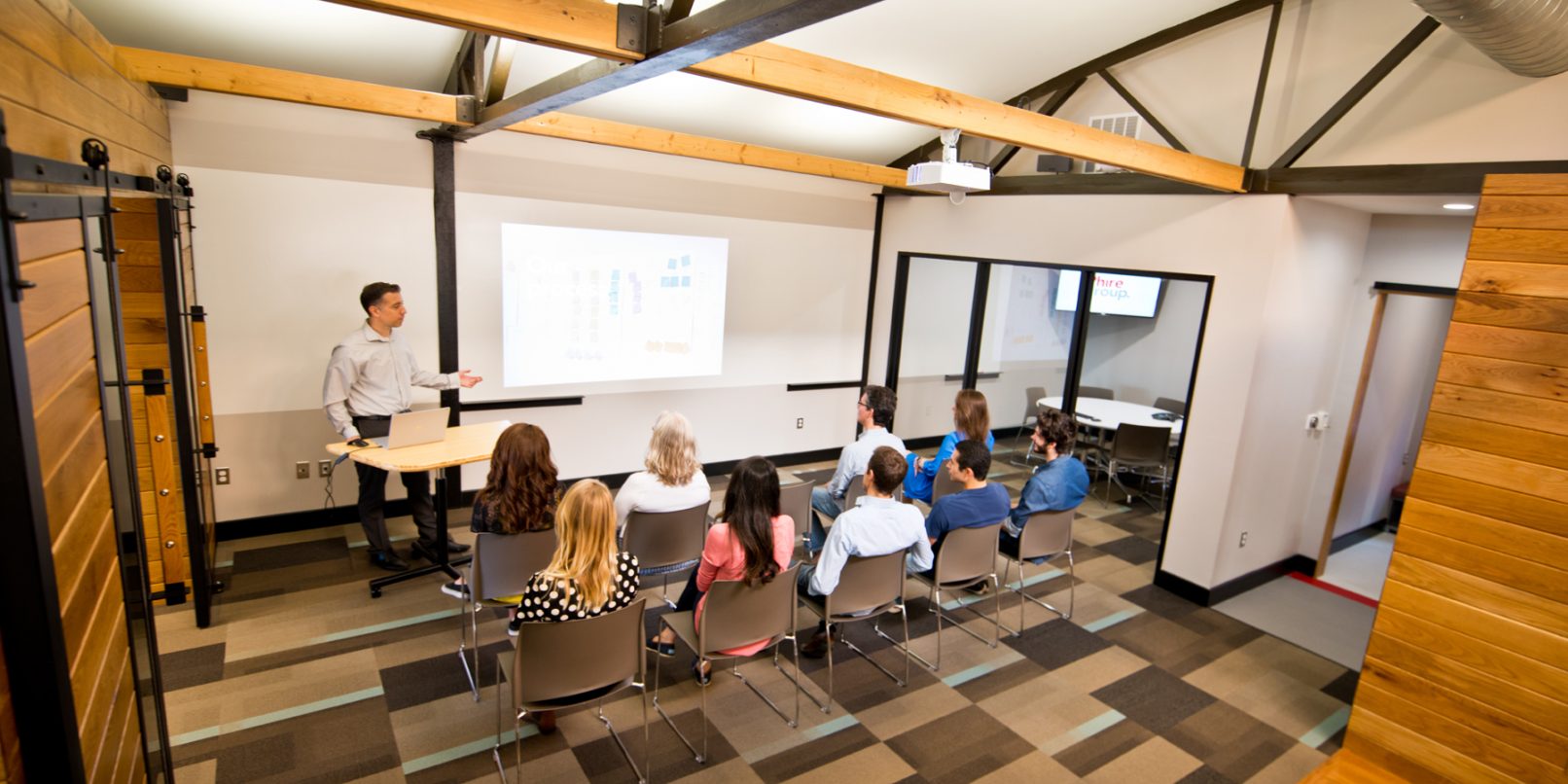 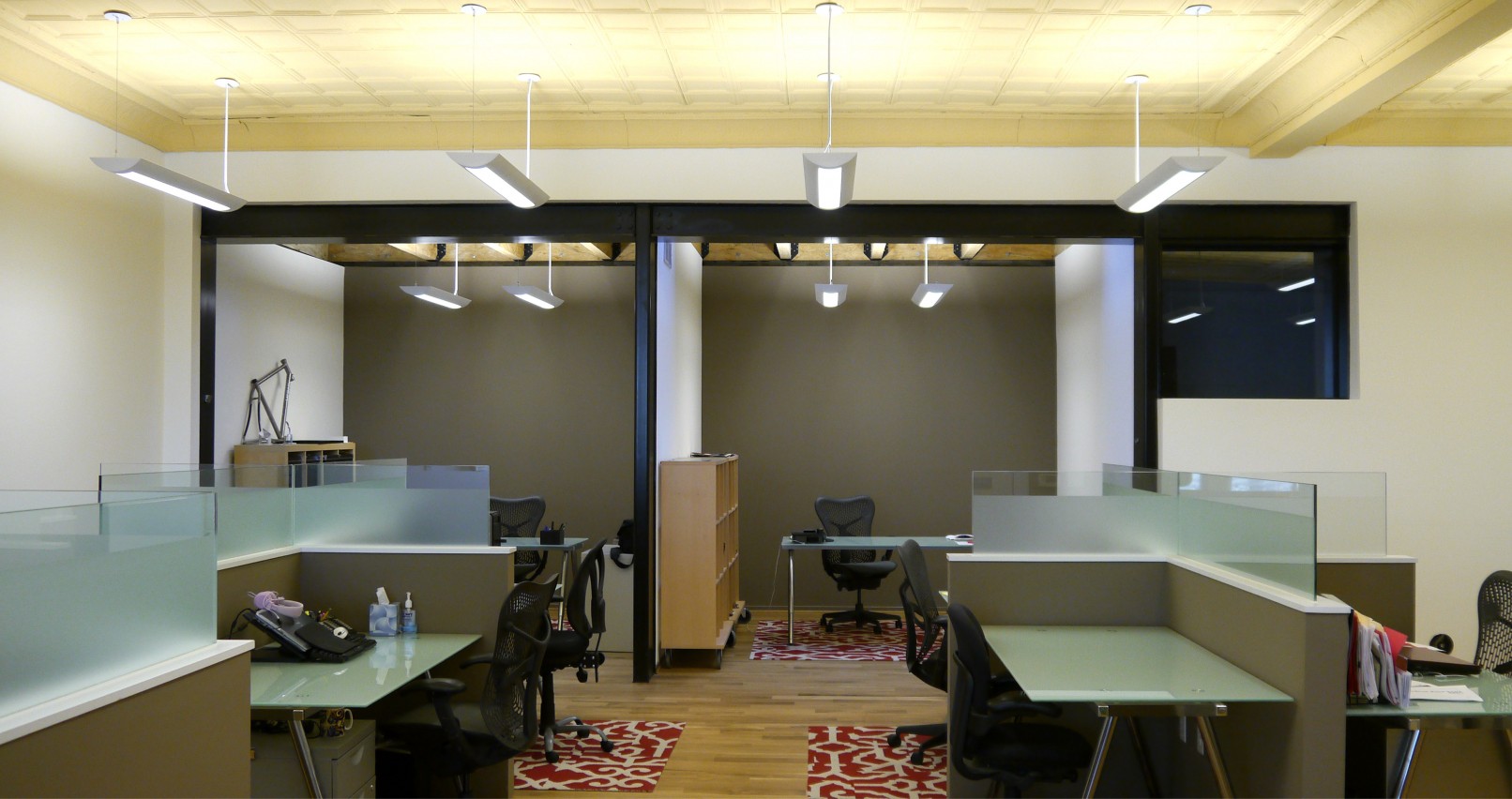 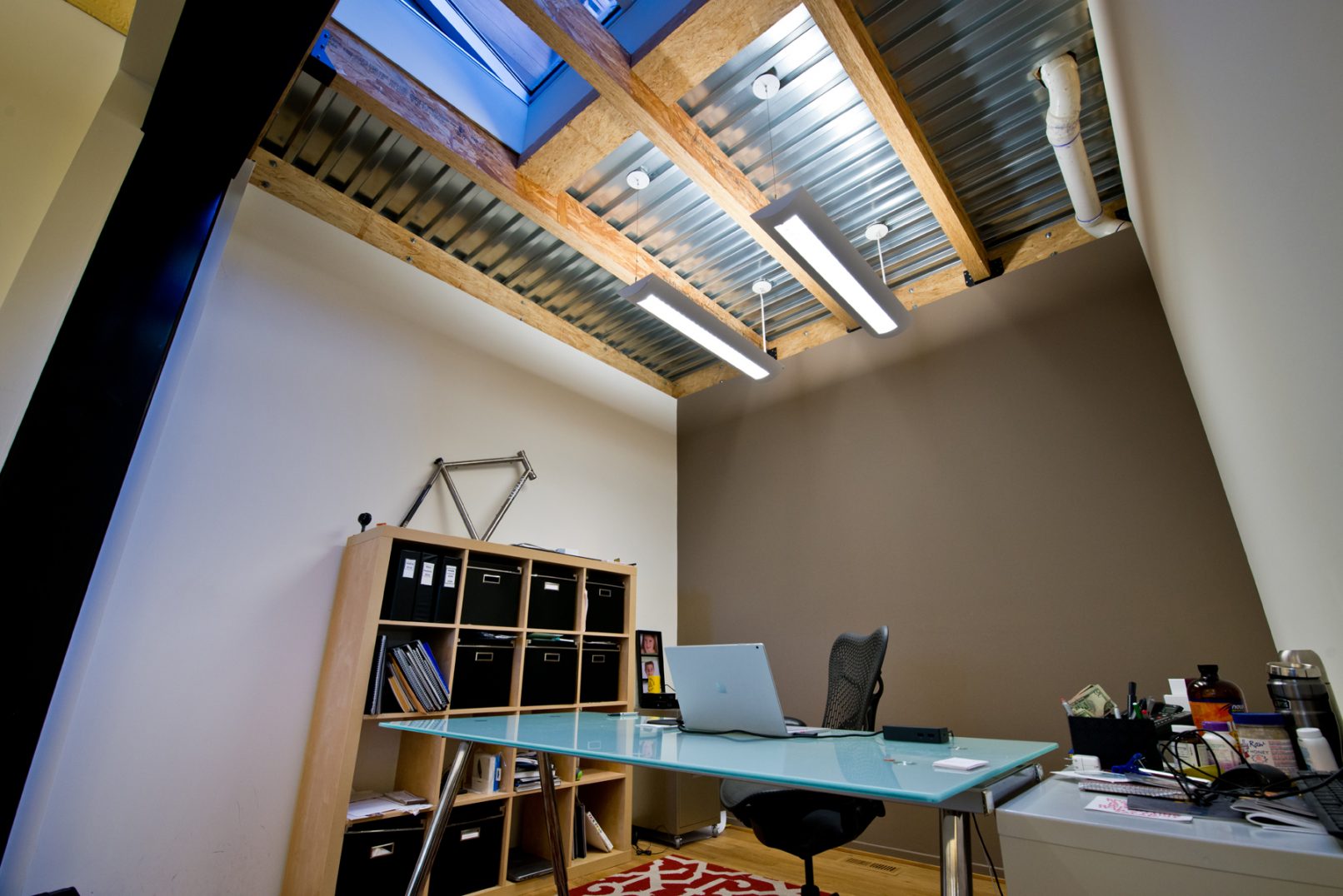 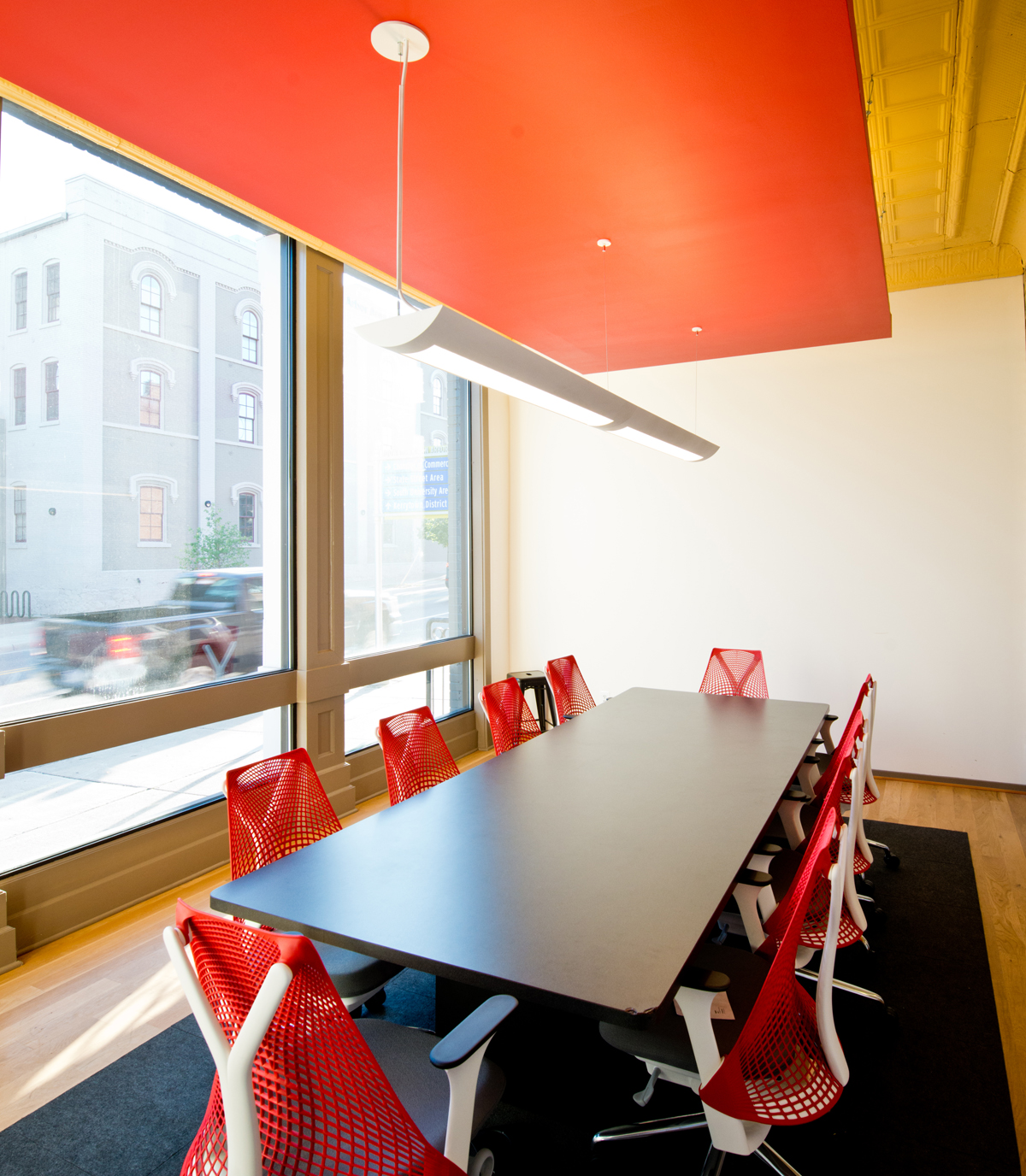 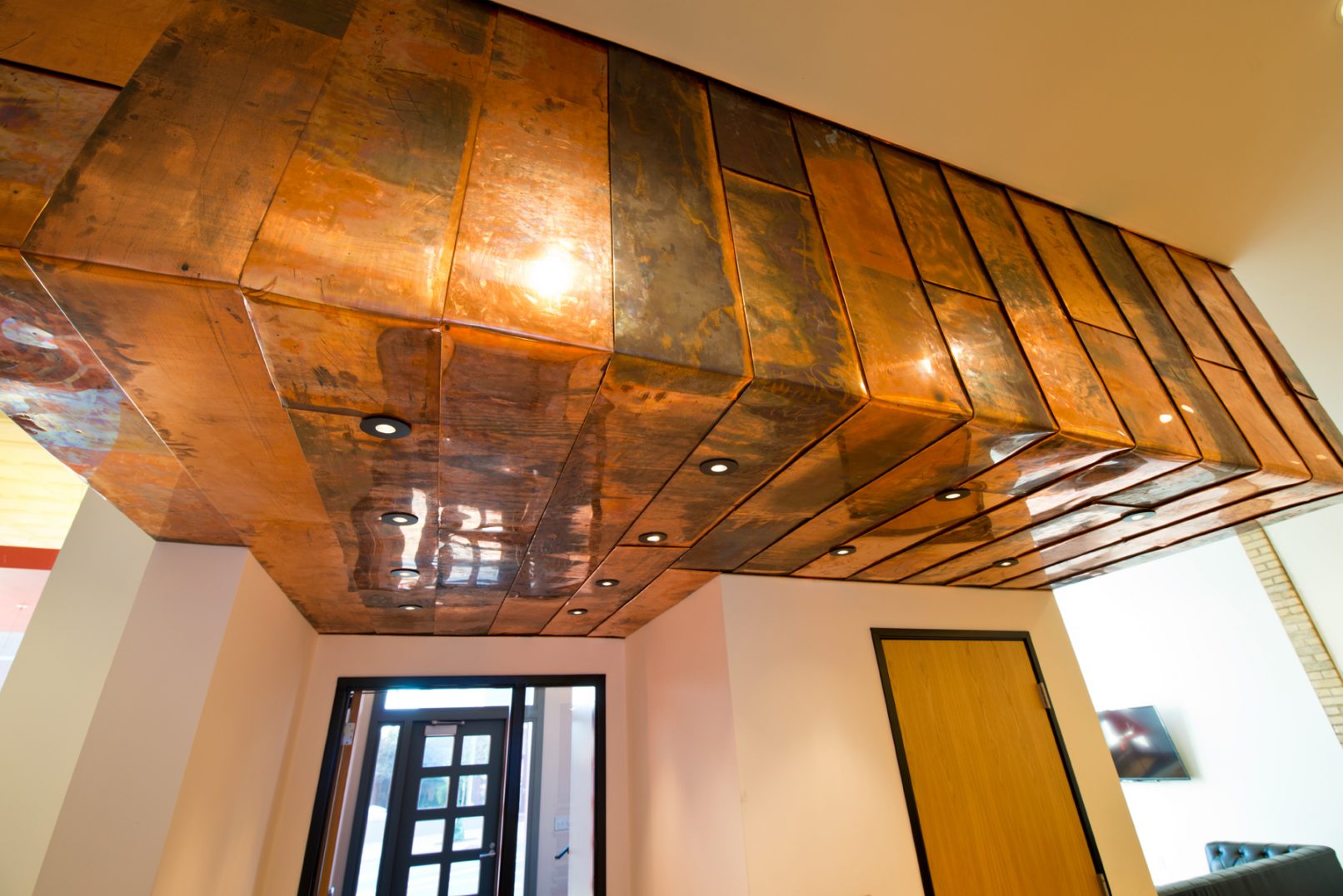 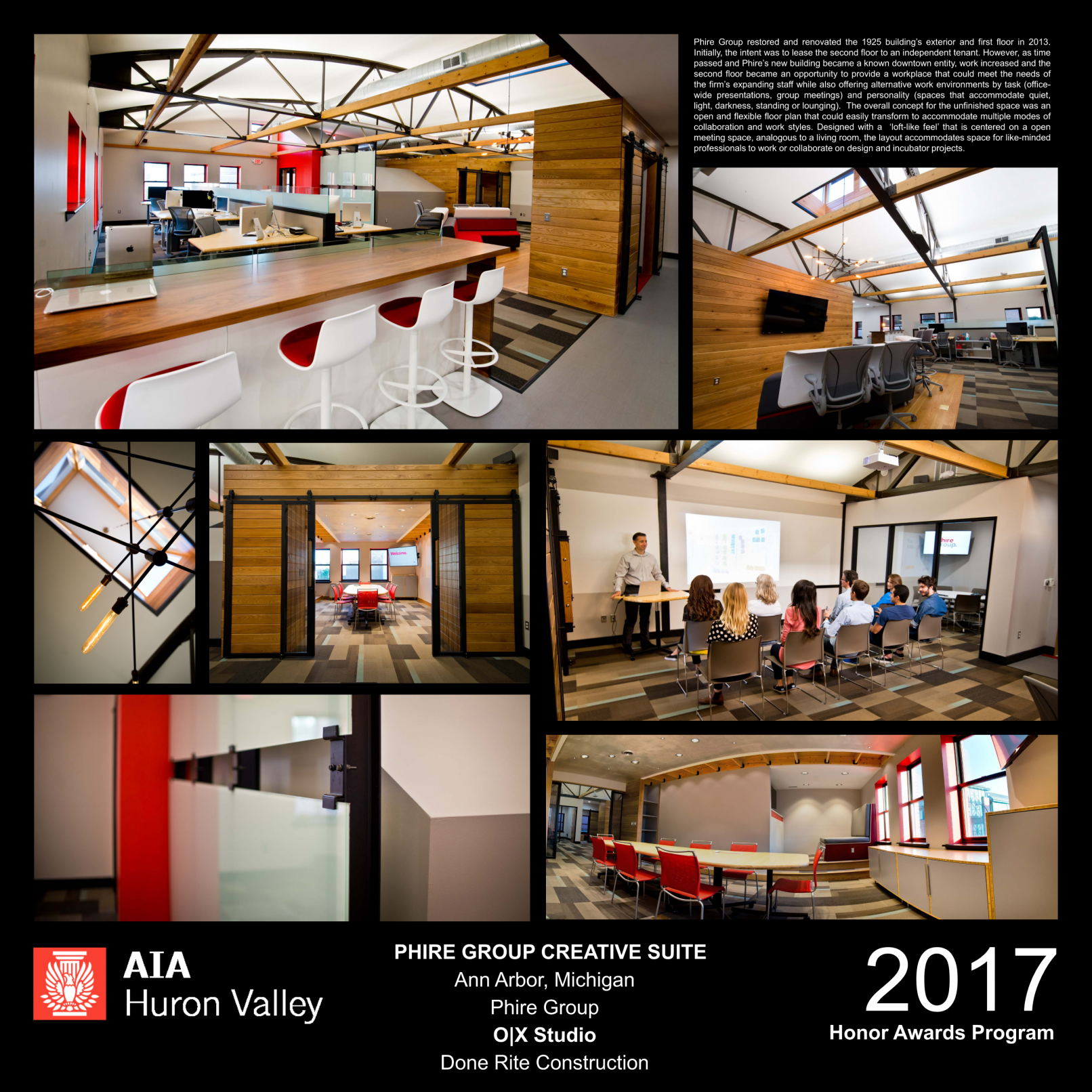