After close to 100 years in service, the family-run Schlenker Hardware store closed its doors to the public. Despite its location along a main thoroughfare in and out of the strong, downtown commercial shopping district, the block in which the building was located wasn’t holding its own.  With a commitment to bring business and pedestrian traffic back to the area, the former hardware store’s second floor was transformed into a 1,800 sf apartment, the first floor was converted into office space and 15,000 sf of office space was also added on the rear of the building.

To prevent the addition from overpowering the historic structure, it was designed as two masonry masses separated by contemporary glass voids.  In addition, because the site is located in the flood plain, the addition was raised off the ground and the resulting space is used for parking under the building.

The restoration of the building’s façade involved rebuilding the front crenelated parapet, which had been removed in the 1960s when the porcelite façade was installed. Although it had been painted white, there were two different brick colors used on the original building.  The brick selected for the addition was a blend of the two original ones so that it would resemble the historic hardware store as closely as possible. 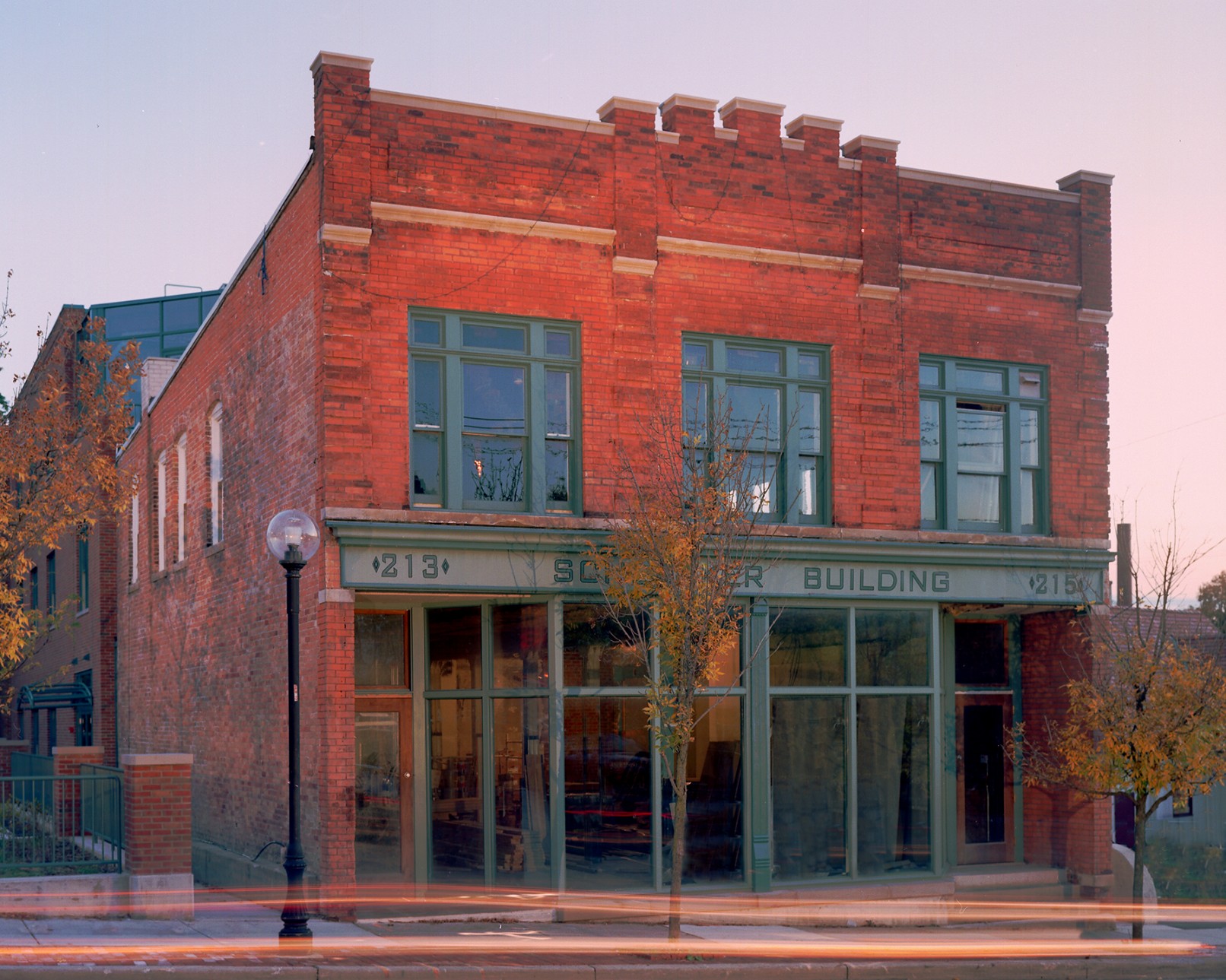 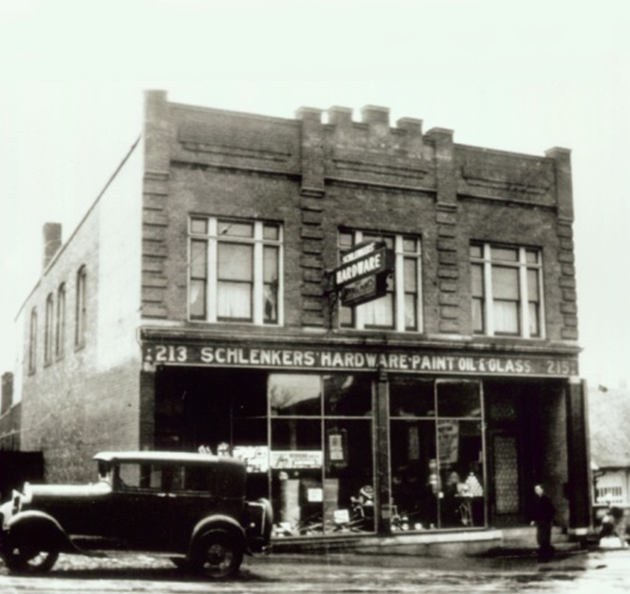 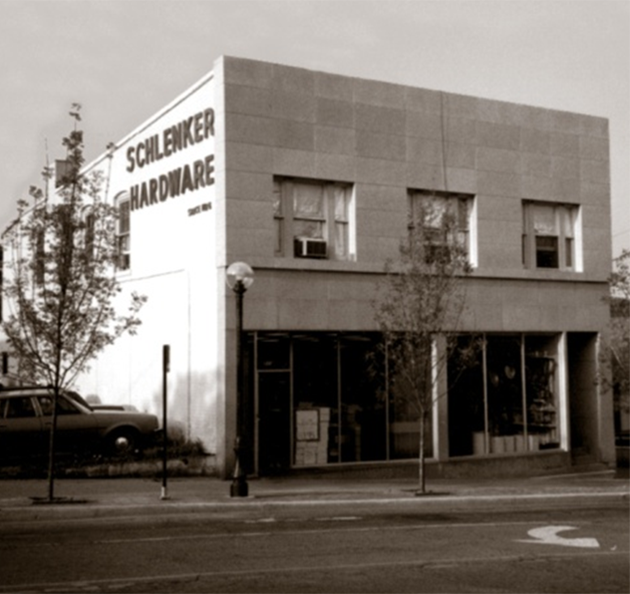 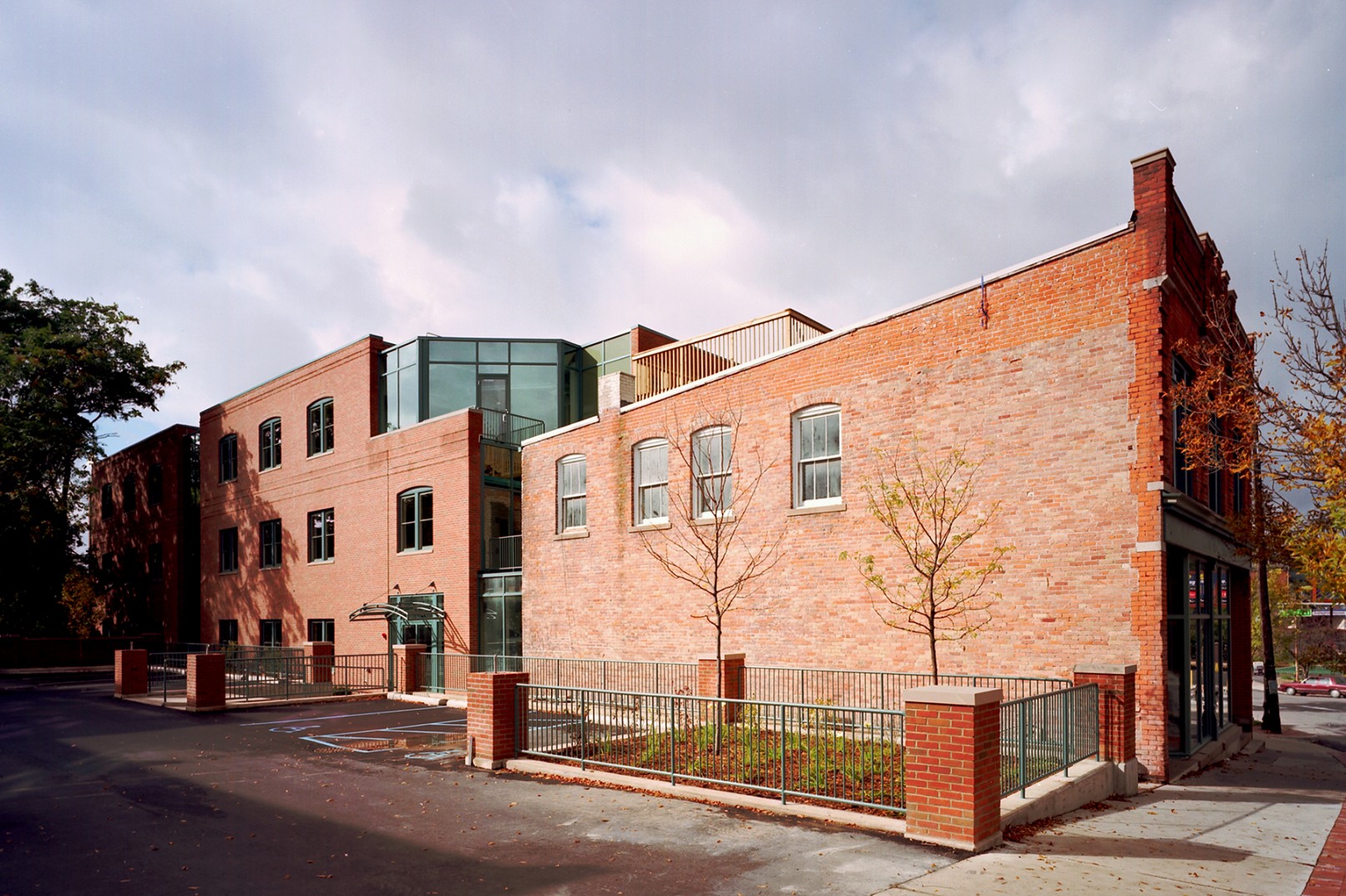 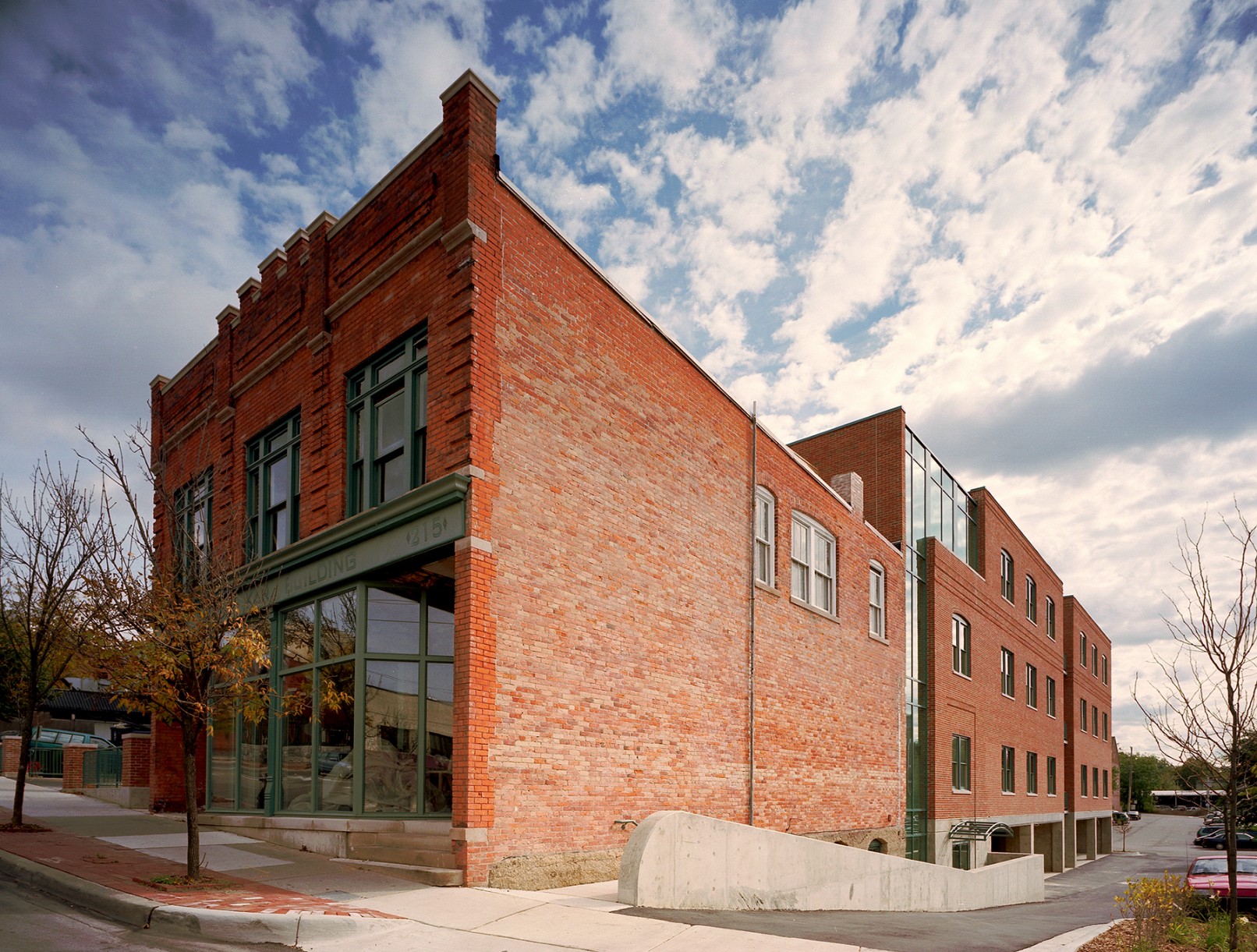 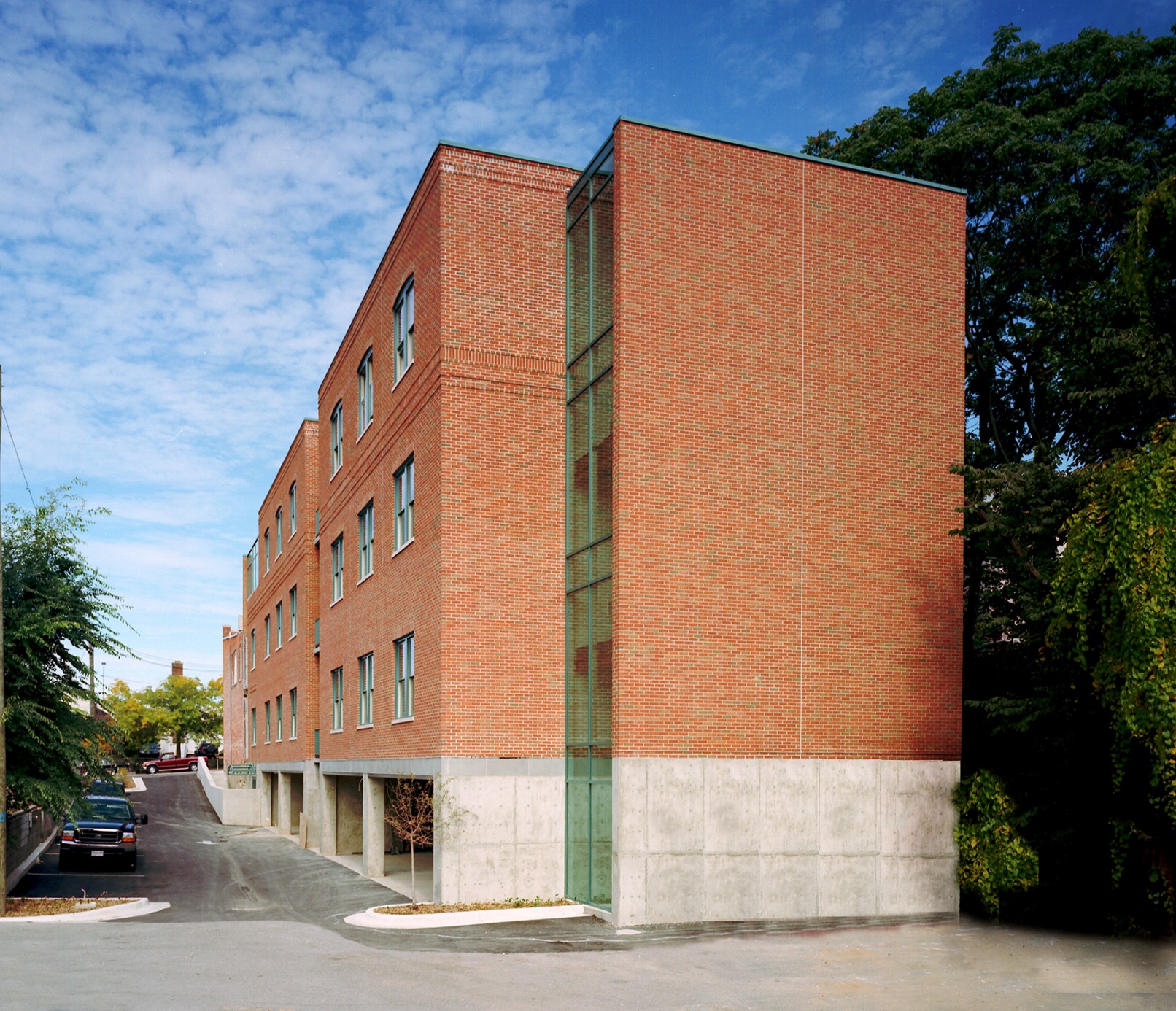